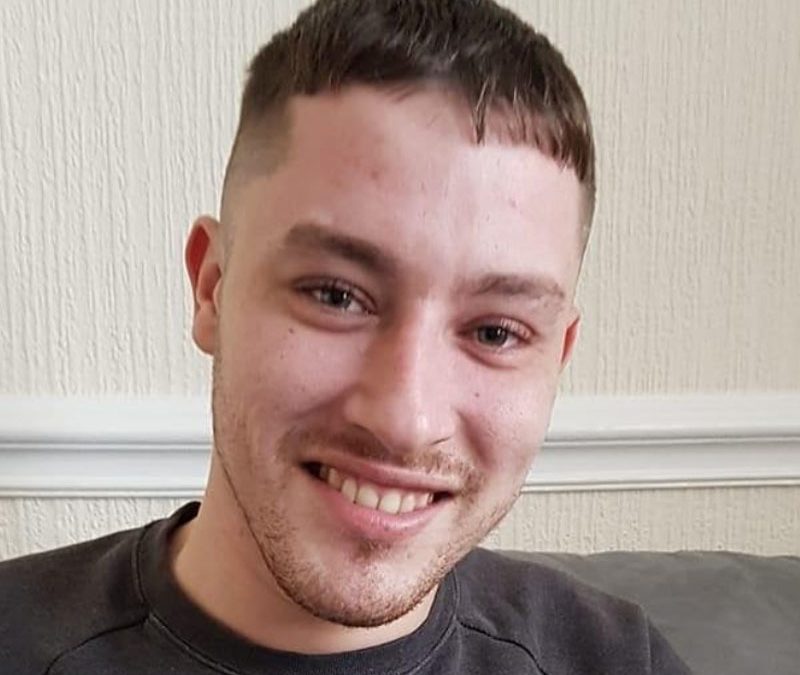 I had a normal childhood and a normal family, whatever normal means.

Although I didn’t grow up religious at all. There was me, my dad, my mum and my brother and a month before my 7th birthday my mum died of breast cancer. I remember praying on the end of my cousins’ bed in the middle of the night, (not knowing who I was praying to at the time) I prayed for my mum to come back as I missed her so much! Months and years passed but she never came back to me so I grew up blaming and hating God for taking her and hurting me!

At the age of 14 I started being bullied at school and out of school for having womanly features as I have my mums face and her huge eyelashes….. I started using drugs to be part of the cool kids but mostly to fill this void that I had for my mother. I was forever looking for stronger, different or just a larger quantity of drugs but the more I took the bigger the void in my heart seemed to get. This went on for years and each new drug I found I seemed to become addicted to it spending ridiculous amounts of money until I found another different drug then doing this again and again and again.
I was about 19 when I found heroin and straight away I had seemed to find something that gave me this feeling of love that I had been searching for since being 7, very quickly my life took a bad turn as I was hooked on this feeling that heroin seemed to give me and I couldn’t live without it. Over the 8 years I got clean on many occasions but always spiralled back to it, having to move to another town or city to get clean again, spiralling back down to heroin and repeating this over and over again.
After running out of places to run away to, it was only me I was trying to run away from.
I ended up being homeless on the streets of Southport, rejecting all my family and friends and repeatedly in bad relationships with women as they were another way for me to feel loved instead of owning up to what I was (which was a drug addict). Even after everything I had been through, I had started off smoking drugs and that lead to injecting drugs.

I had 14 addresses in 5 different towns or cities over this time and finally had lost any hope of ever beating this demon that had hold of me. I overdosed twice in the space of 12 months, once from fake benzodiazepines tablets (or diazepam as they are commonly known). The other from consuming too much crack cocaine, over £700 pounds worth in 3 days to be exact and consequently my lungs stopped working and I was on a ventilator in the IC unit in Southport to keep me from dying.

It was a miracle I was still alive after all this self-abuse I had been inflicting on myself and the beginning on 2019 I finally pushed for a detox and rehab as I knew if I carried on the way I was going I wouldn’t make it another 12 months and would have died. I was a lost and lonely soul with no direction or purpose to life. I didn’t love myself; I didn’t let anyone love me and basically thought death was the only way out for me to find peace. I made it through a 28 day detox of February 2019 and entered the rehab called Littledale Hall in March.

On my first fatal overdose my Dad took me to hospital and without him inviting me for breakfast that morning I could have easily died. Some people will say “it is just coincidence” but I believe God put his hand out to me to guide me, shield me and save me that day and today, I celebrate being a Christian and praise God for putting this troubled heart of mine to rest.

I have been attending Celebrate Recovery for nearly two years now and I can’t tell you why or when it started but the men I share my group with, I trust more than anyone I have ever known and I can genuinely say I love each and every one of them as they give me ongoing support even outside of the meeting setting. The men and women that I share Celebrate Recovery with are a group of individuals I call family. There is such a wide diversity of individuals and “Hurts, hang ups and habits” they all bring something to the meeting that I have never found anywhere else. I would suggest to anyone to at least attend one Celebrate Recovery meeting as I know for me it has given me friends, guidance, support and much, much more. I know whatever issue/issues you may have someone will be there to help you and guide you through it at CR. I have a new found strength that I never knew I had and, the people I have met are so honest and lovely people who aren’t out to get something from me. All they want is just what is best for me. I may not have all the answers but I believe everything happens for a reason and there is a path for me to follow.

Littledale hall gave me certain tools as they call it to deal with life on life’s terms but coming to Adullam seems to of given me the tools to build a future for myself as I don’t carry any shame for who I was.

September 2020 I became a student at University, studying electrical engineering and hopefully I can share my story with people there and stop them from going down the path I went down – as it is a dark and lonely path that only a few people can come back from. I want to thank everyone at Adullam for accepting me into the Adullam house as the house mates I have are true friends and I couldn’t think of anyone else better to be doing this journey with.